THE BATTLE FOR PORT ARTHUR 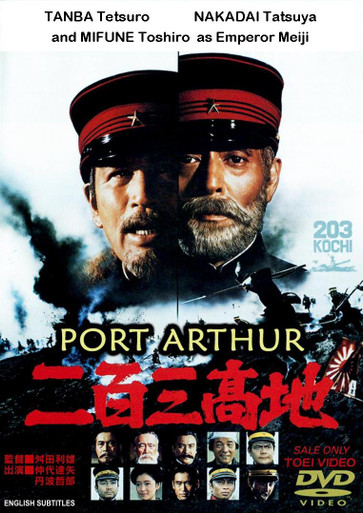 THE BATTLE FOR PORT ARTHUR

THE BATTLE FOR PORT ARTHUR (203 Kochi)

Taking a page out of Japanese history, this is the story of Japan’s bloody battles to take the critical harbor of Port Arthur during the early days of the Russo-Japanese War. Repelled time after time by the superior firepower of the Russian defenders, the 3rd Army, knowing that the fate of the nation lies in their hands devise an alternate plan. Take ”Hill 203” (203 Kochi) and bombard Russia’s Far East Fleet with artillery from the top of the hill. While the brutal scenes of battle form a great part of the film, the performances of the lead actors bring the horrors of war to life in a way not usually seen in war movies. Powerful to the very end, this is a magnificent tribute to the warrior spirit of the Japanese.