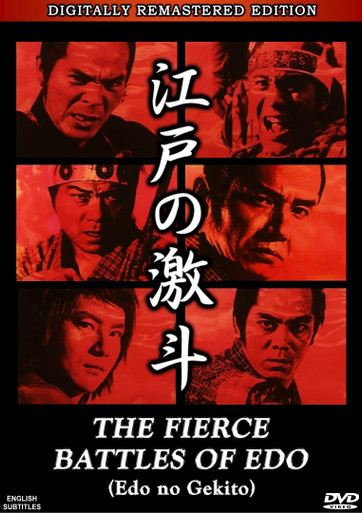 With a nod to master filmmaker Kurosawa Akira, Fierce Battles of Edo pits a special task force fighting evil against a conspiracy that may change the course of history. Ultra violent in the manner of Lone Wolf and the Yagyu Conspiracy this exciting series was produced by Toho Films for television with plenty of twists and turns as an evil masterrmind seeks to overthrow the shogun! Includes the last 3 episodes of this exciting series.