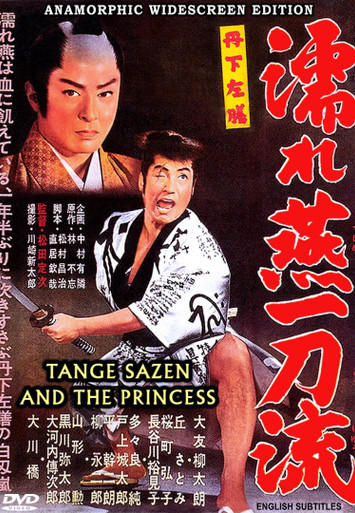 In 1732 the restoration of Nikko Tokugawa Shrine began. The financial burden which fell upon the daimyo lord who was appointed 'Restoration Minister' was a method the shogunate used to weaken the lords. Usually the most powerful clans that the shogun feared the most were chosen, but this time the financially strapped Yagyu clan was appointed to the task. The plot starts out smoothly enough when the clan treasure turns out to be a fake and Tange Sazen is hired to kill the Yagyu heir. His prize would be the restoral of sight for a beautiful young girl who has stolen his heart. One of the best versions of the one-armed, one-eyed swordsman's adventures yet!