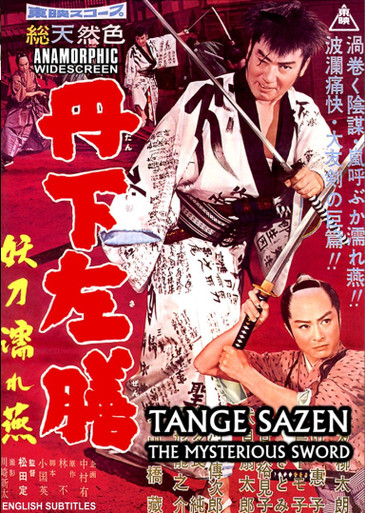 The legendary one-armed, one-eyed swordsman Tange Sazen is back to aid a magistrate in his efforts to steal bribe money on its way to Edo for the benefit of poor farmers.With a tangled web of deceit and high octane action, Sazen must put his life on the line time and again. Adding to this intense tale is the fact that Tange Sazen must deal with the people who betrayed and attacked him, thus setting him into his life as a one-armed, one-eyed swordsman. Highly recommended, this is one of the best films in the ever popular series.