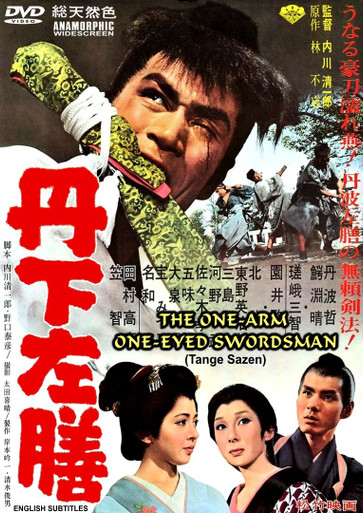 Tanba Tetsuro is Tange Sazen, the one-eyed, one-armed samurai master who fights for the underdogs during the Japanese age of shoguns. The amazing feats of this extraordinary man will astound you!

In 1730, the Tokugawa shogunate orders the Yagyu clan to repair a huge shrine. Since it cannot refuse the shogunate’s request, the impoverished Yagyu clan tries to raise funds by obtaining a sword which holds the key to a wondrous, hidden treasure. After learning the sword’s secret, Tange Sazen sides with the Yagyu clan, but his motive seems to be more than just pure interest in the treasure…