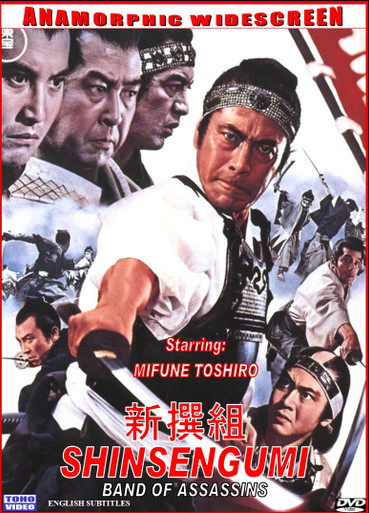 The Shinsengumi was a para-military police force that protected the Shogun during the Bakumatsu Period (Era of the downfall of the Tokugawa Shogunate). This is the complete story of that group of brutal assassins, who in effect saved Japan when they had to keep Loyalist’ samurai from burning down Kyoto and kidnapping the Emperor.

Mifune Toshiro not only stars as Kondo Isami, the group’s noble leader, but he produced the film as well. One of the most historically accurate versions of their story, this film is a tribute to those who gave their lives for the shogun.