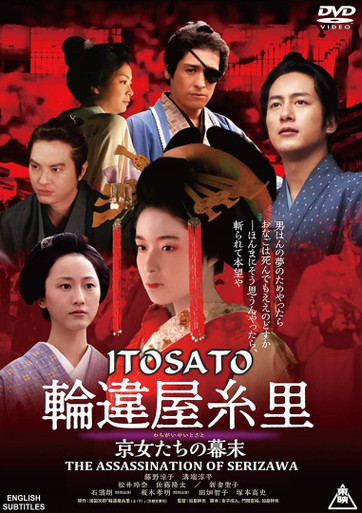 and ENOKI Takaaki as Lord MATSUDAIRA Katamori of Aizu

Based on actual events and by far, one of the most infamous Japanese assassination mysteries of all time, this movie portrays a unique view of the bloody yet beautiful world of war and love in 1863. Itosato is a "Tenjin,” (courtesan in training) just beneath the rank of “Tayou,” (Supreme Entertainer) in the old capital city of Kyoto. Her involvement with members of the Shinsengumi lead her to witness the plots hatched by the powerful lord of Aizu that ultimately led to the assassination of Serizawa and the rise of Kondo Isami that changed the history of Japan. Fujino Ryoko who plays Itosato and Mizobata Junpei who plays Hijikata, have both been awarded Japan's Rising Star Academy Award. This movie is an expression of great artistic minds coming together and creating a brilliant human drama.