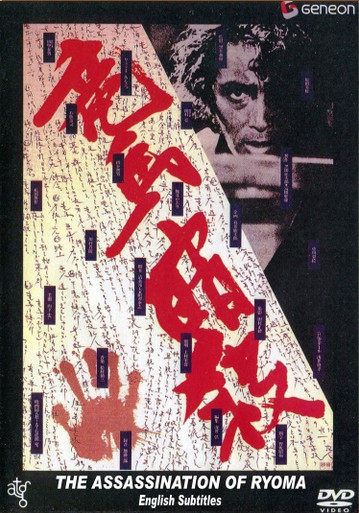 THE ASSASSINATION OF RYOMA (Ryoma Ansatsu)

and ISHIBASHI Renji as NAKAOKA Shintaro

Superstar Harada Yoshio’s crowning achievement as revolutionary samurai Sakamoto Ryoma during the last three days of his life before the brutal assassination that changed the course of Japanese history. Told in a unique manner, Harada’s portrayal of Ryoma is much closer to the historical description than in any other version. Rather than cleaning up his image, this artistic work from filmmaker Kuroki Kazuo shows a much more human side of the dissolute ronin who had a major role in changing Japan. A favorite of the 1974 Chicago International Film Festival, showing Japanese history come to life!