ASSASSIN ON THE ROAD TO HELL 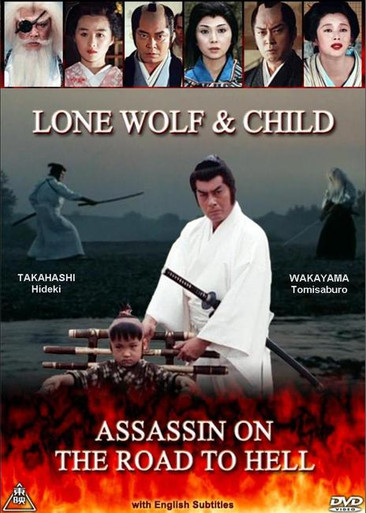 ASSASSIN ON THE ROAD TO HELL


The tale of Ogami Itto and his son Daigoro has come full circle with the greatest sword actor of all time, Wakayama Tomisaburo now playing Lone Wolf's mortal enemy, the evil Lord Yagyu Retsudo, who masterminded Ogami's fall from grace.  Brilliant sword actor Takahashi Hideki takes over as the former shogunate decapitator, and his stunning swordsmanship is second to none!

The story of Lone Wolf and Child has been told many times, but never before like this. With the magnificent sword skills of Takahashi Hideki as Ogami Itto, the Shogun’s Decapitator and Wakayama Tomisaburo as the power hungry Lord Yagyu Retsudo the story has come full circle. The whole tale is told here, from start to finish, with scenes reminiscent of each of the 6 feature films. This is truly an outstanding production directed by noted filmmaker Tanaka Tokuzo whose outstanding works include The Betrayal, Zato Ichi’s Vengeance, Enter Kyoshiro-The Swordsman, to name just a few. This collaboration between some of Japan’s biggest names in cinema is not to be missed!