AKIRA KUROSAWA'S SONG OF THE HORSE 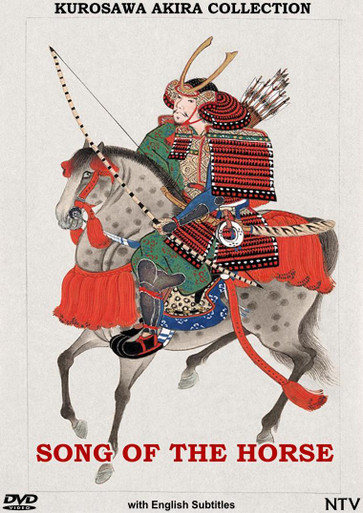 AKIRA KUROSAWA'S SONG OF THE HORSE

SONG OF THE HORSE (Uma no Uta)

SPECIAL SALE AT A 25% DISCOUNT!

Produced and Directed by: KUROSAWA Akira

Kurosawa’s lost masterpiece has finally come to light. Filmed in 1970 and aired on Japanese television "Song Of The Horse" is his visual poem for the horse, the creature that he loved the most. Told through narration by an old man speaking with his grandson while the visual mastery of one of the greatest filmmakers of all time expands before one’s eyes. Kurosawa ordinarily avoided television work and this is the only time that he had any involvement with the small screen. A rare and beautiful ode to the most gallant member of the animal kingdom!