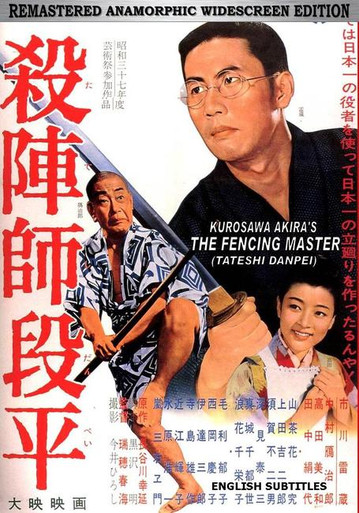 Written by one of cinema’s greatest directors, Kurosawa Akira, TATESHI DANPEI is a story about the fight to keep the art of the samurai swordfighting scene alive in a Japan that is becoming ever more modern.

The year is 1917 in the city of Osaka.  The age of the samurai is a rapidly fading memory and Japan is moving on.  Ichikawa Danpei, an aging man of traditions, is consumed by his passion for the art of swordfighting.  In these times he finds his art through working as a “Tateshi” (swordfight choreographer) for the “Shinkokugeki” (New National Theater Company), the most popular troupe in Japan, led by the great actor Sawada Shojiro.

As Danpei builds up his reputation as the greatest swordfight choreographer, he finds that the entertainment world is also changing.  For him, his art is his life and he fights to keep the traditions alive, ignoring all else.   He may well achieve his vision, but what will be the ultimate cost?