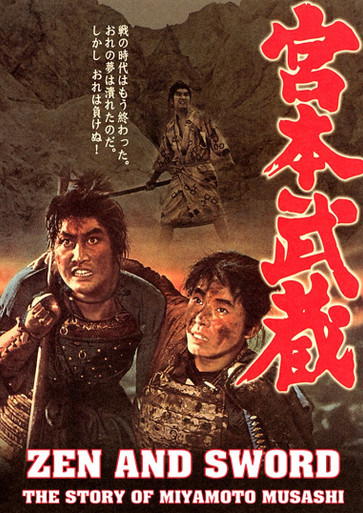 and TAKAKURA Ken as SASAKI Kojiro

Based on the novel by Yoshikawa Eiji, this is the whole story of Japan’s greatest hero, Miyamoto Musashi. He rose to fame from the most humble beginnings after facing defeat at the Battle of Sekigahara. This is the definitive version of his story and these 5 movies show his development from a brutal youth with tremendous physical strength to a master of Zen and Sword. All of his most famous duels are shown, including his battle with the Hozoin Priests and the vile ronin at Devil’s Mask Hill and leading to his showdowns with the Yoshioka Dojo and his final duel against the peerless swordsman Sasaki Kojiro on Ganryu Island.