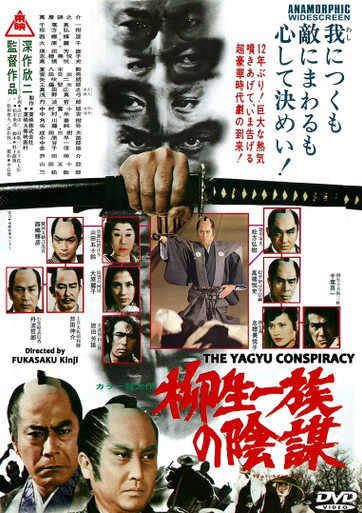 and CHIBA Shinichi as YAGYU Jubei

Sonny Chiba plays his greatest role as Yagyu Jubei, son of the shogun's instructor, and the strongest swordsman in Japan in this prequel to the popular TV series. An all-star cast highlights this epic samurai adventure, with appearances by some of the biggest names in Japanese Cinema, including Mifune Toshiro, Yorozuya Kinnosuke, and Tanba Tetsuro. The fight sequences are some of the best ever filmed, utilizing the talents of the Japan Action Club (JAC); and the story is drawn from history with many significant references to real people and events.