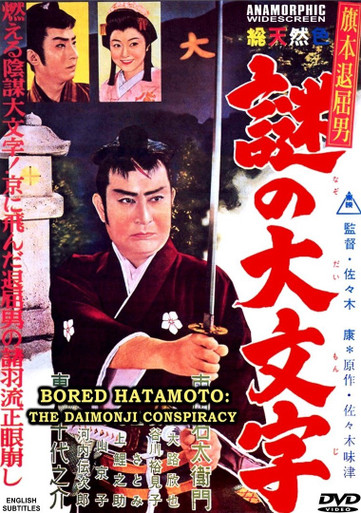 ka "The Bored Hatamoto" to put an end to a conspiracy involving members of the shogun’s Roju Council. Little did anyone know the crescent scarred master swordsman is already pursuing rumors of rebellion against the Tokugawa. One of the shogun’s trusted councilors wants to overthrow the shogunate and restore imperial rule in order to gain more power for himself. Here begins a tapestry of lies, deceit and evil plots which Saotome must figure out and put an end to before it's too late.