The Newest from Ichiban: TETSU: THE WHITE TIGER 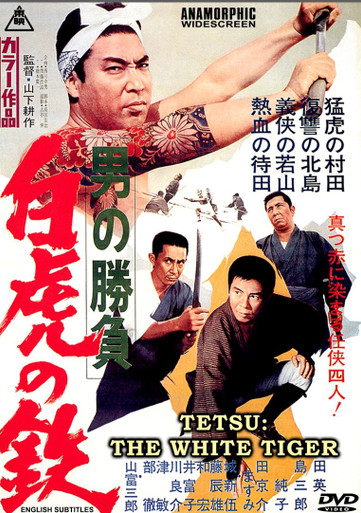 The Newest from Ichiban: TETSU: THE WHITE TIGER

(Otoko no Shobu: Byokko no Tetsu)

Tetsu is an honorable and noble yakuza caught in a conflict between rival clans and obligations that each has toward their boss and brothers. Then a new railroad line brings changing times to the community, and the men of one yakuza family molest young women which Tetsu cannot stand by and allow. When he has a battle with a knife wielding rival it leads to his boss losing face and forces him to leave the family to protect it. The rival family won’t stop until they destroy Tetsu completely as he risks his life for his yakuza brothers!