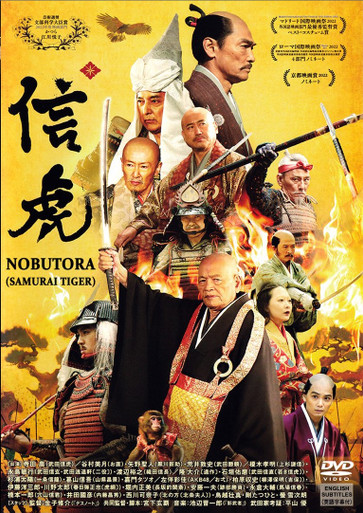 Based on the historical figure of Nobutora, the father of the famous Warring States period general Takeda Shingen.

Takeda Shingen has proven himself in battle but there’s an even more capable person in his family, his father Nobutora (lit. Samurai Tiger). The son exiles the father and so the old patriarch goes to Suruga to serve the Ashikaga shogun in Kyoto. Decades later, Nobutora, now 80 years old, learns that Shingen is in trouble and the old man returns home to keep the Takeda family alive as a new leader seeks to usurp leadership of the Takeda’s and starts a fight with the great warlord, Oda Nobunaga.