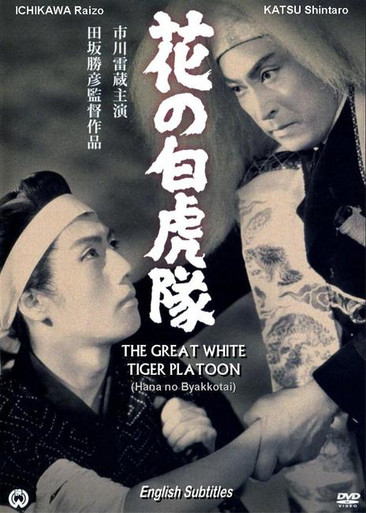 The Great White Tiger Platoon was part of the Aizu clan's last ditch efforts to stop the advance of Imperial troops after the fall of the Tokugawa Shogunate. Meant to be a reserve unit as it was made of the young, 16-17 year old sons of Aizu samurai. Their story is one of the great tragedies of the Boshin War (1868-1869) as they were called into action.  Getting cut off from the main body of their platoon, a group of 20 from the 2nd squad retreated to Iimori Hill, where they looked down upon fires surrounding Aizu Castle and thinking that the castle has fallen and all is lost, they choose to die as samurai by committing seppuku. This movie marks the first appearances of Ichikawa Raizo and Katsu Shintaro, who would both go on to become major stars of international renown. A superb rendition of this true story that shows the true honor of the samurai.