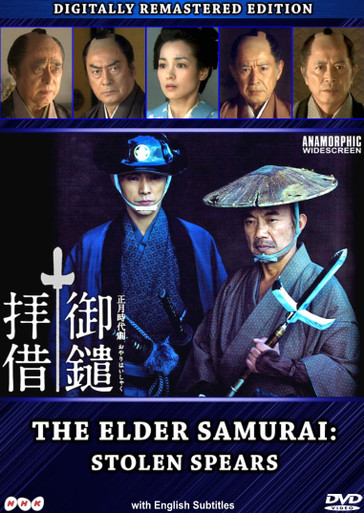 Akame Kotoji, a shabby, diminutive, middle-aged low-ranking samurai can’t even keep a gig in the stables of his equally impoverished province. After a bender, he misses the ceremonial departure of his lord on formal business to Edo, loses what little position he has in life, and becomes a wanderer. With nothing else to lose, he goes on a brazen streak of stealing the prestigious symbolic spears carried by government processions on the road to the capitol.
Pursuing the down-and-out but dementedly driven Akame are Murase Jidayu, vassal of the Fuki domain, and fencing instructor Furuta Jusaburo of Wako. Uneasy alliances and hidden motivations further complicate the quest for both the precious spears and the very political stability of feudal Japan.