The Newest from Ichiban THE PIRATES 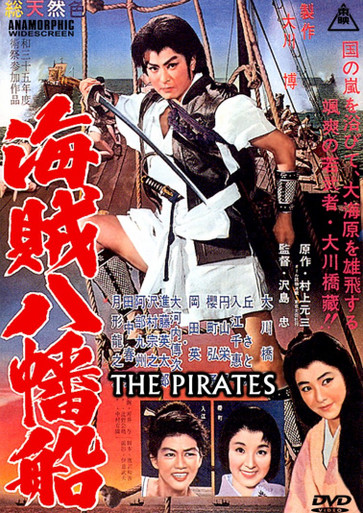 The Newest from Ichiban THE PIRATES

Finding more freedom on the high seas than in war-torn Japan, the 'Bahansen' (Pirate ships) based on the Seto Inland Sea during the Warring Period (Sengoku-jidai)sailed to China, Korea, Luzon, and Siam under the Hachiman banner. A battle for supremacy of the seas begins when a strange old shipwreck survivor is brought to Sakai where he divulges a secret that can change the course of history.One of the most literate and well-written films from Toei, this is an exciting tale of swashbuckling samurai on the high seas!