The Newest From Ichiban - KANEI CHRONICLES 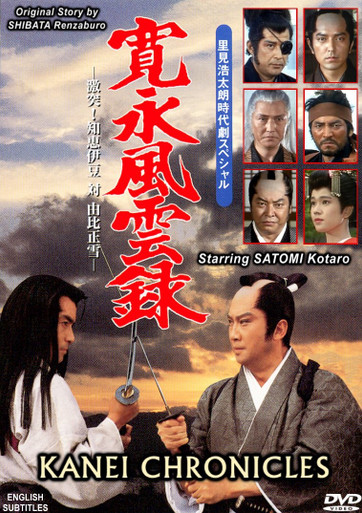 The Newest From Ichiban - KANEI CHRONICLES

SPECIAL SALE AT A 33% DISCOUNT!

From all over Japan, the greatest warriors: Yagyu Jubei, Miyamoto Musashi, Araki Mataemon, and more came to test their blades in a tournament of swords. But behind the match a bloodthirsty plot is born. Tokugawa Yorinobu, a corrupt shogunate official plans to assassinate Shogun Iemitsu and take his place. With scheming samurai Yui Shosetsu and ruthless Negoro ninja leader Genyusai, he plans to incite a ronin uprising and cut a bloody trail across Japan, with terrifying Chinese gunboats to back his play. Matsudaira Izu-no-kami, councilor and friend to the shogun, along with master swordsman Yagyu Jubei and ninja master Hanzo Hattori must stop Yui Shosetsu and his army of ronin and ninja assassins from tearing the country in half and taking over the government! Get ready for dazzling displays of swordsmanship, brutal acts of treachery, and heroic bloodshed as Izu-no-kami and his tiny band defend Japan!