The Newest From Ichiban - THE GREAT DUEL 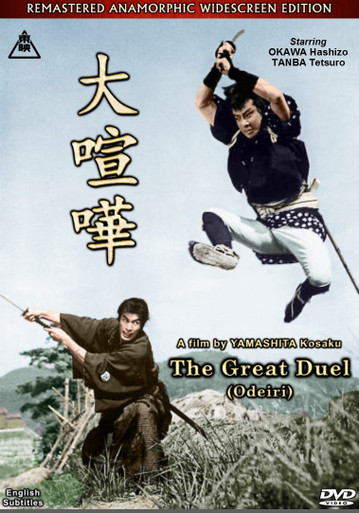 The Newest From Ichiban - THE GREAT DUEL

SPECIAL SALE AT A 25% DISCOUNT!

In this gritty tale of gamblers battling in the samurai era, Okawa Hashizo gives perhaps his greatest performance as a gambler returning to his home town. Swearing allegiance to his fiancée’s father, a decent boss, he had taken to the road after a gang fight until things cooled down. While honing his sword skills in his travels, everything in the town had changed and he descended into a virtual hell of violence.  Opponents were being slaughtered by a former samurai ‘Bodyguard’ played by Tanba Tetsuro at the height of his amazing career. While these two master swordsmen are fated to meet, before that can even happen they must survive one of the longest, bloodiest swordfights in movie history!