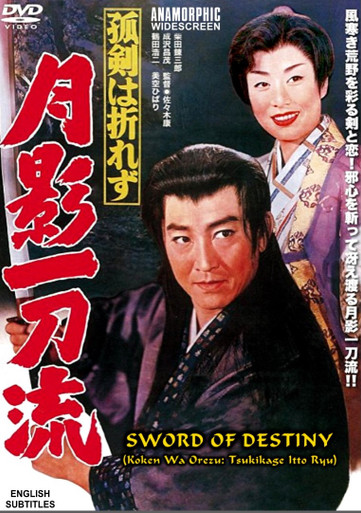 When master swordsman Mikogami Genshiro of the Ono fencing school returns to find that his ailing sensei has been murdered in the dead of night, he must find the culprit and exact revenge.  His return sets off a series of violent incidents and incites a high ranked female skilled in sword to test his mettle after he unwittingly offends her.  The ever delightful Misora Hibari co-stars with the great Tsuruta Koji in this exciting tale set in the earliest days of the Tokugawa shogunate.  Lots of exciting swordfights highlight this entertaining motion picture!