PROOF OF THE MAN 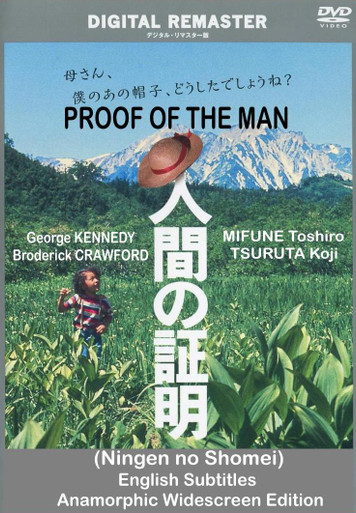 PROOF OF THE MAN

PROOF OF THE MAN (Ningen no Shomei)

A mystery like no other, Proof Of The Man spans two continents and 40 years going back and forth between Tokyo and New York. When a black American visitor to Japan is killed in 1977 the murder investigation uncovers embarrassing and deadly secrets that go back to the Occupation Army of the late 1940’s. A mixture of top Japanese and American film stars join together to solve the crime, going only on two clues… The words “Straw Hat” and a volume of poetry dating back to 1947. This is a totally unique movie that bridges the gap between the two cultures and both opens and soothes wounds on both sides as the times have changed and Japan has moved from its militaristic past becoming a key ally of the United States.

Filmmaker Sato Junya (director of Assassination of Ii Naosuke - The Sakurada Gate Incident) has created another winning motion picture, and notably this is the second movie produced by Kadokawa Haruki, who went on to international fame with Heaven & Earth.