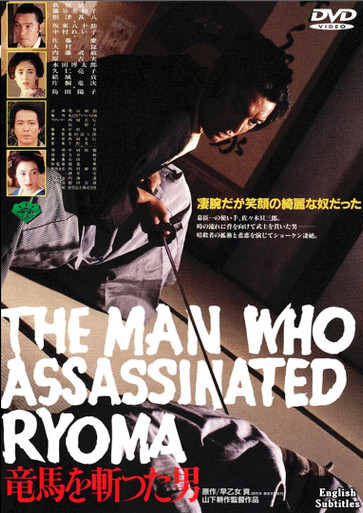 and NEZU Jinpachi as SAKAMOTO Ryoma

Assigned to assassinate those attempting to overthrow the Tokugawa shogunate, master swordsman Sasaki Tadasaburo of the Kyoto Patrolling Group (Mimawarigumi), cuts a bloody path through the old capital until he can find and eliminate Sakamoto Ryoma, the one man most responsible for the joining of Choshu and Satsuma which ultimately led to the Meiji Restoration. Unlike the more famous Shinsengumi (who were comprised of ronin), the Mimawarigumi was made up of high-ranking samurai and hatamoto (direct retainers of the shogun), many hailing from the Aizu domain. Sasaki’s powerful swordplay throughout highlights this masterpiece of cinema to the ultimate final battle that changed the course of history!