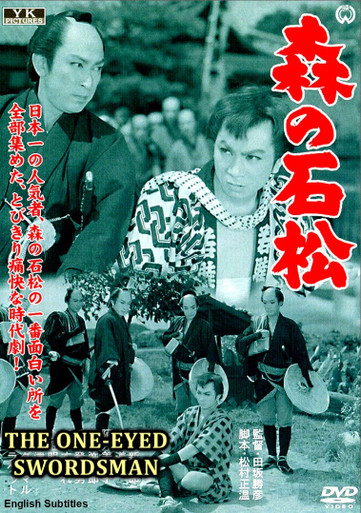 FROM THE PAGES OF JAPANESE HISTORY!

In this early classic starring a very young Katsu Shintaro portrays one of the most famous swordsmen of the samurai era, Ishimatsu of Mori. From his early days leading up to his joining with Shimizu Jirocho, Boss of the Tokaido where he made his mark in history through his tragic end this is the story of a beloved and loyal henchman. Katsu has played Ishimatsu twice more since then in the two part story Jirocho Fuji starring Hasegawa Kazuo, but far and away this is the most exciting and heartfelt version with brilliant swordplay, and the added attraction of Katsu Shintaro’s singing voice as he fights his way into the hearts and souls of Japanese folklore. Not to be missed!