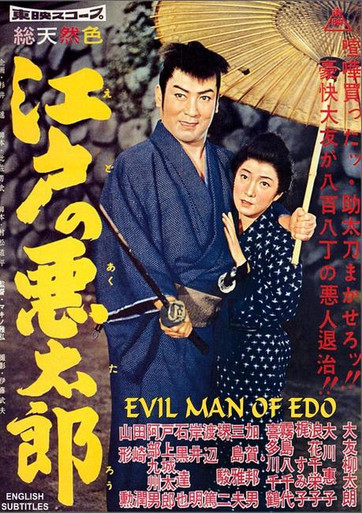 A classic battle between good and evil pits an unscrupulous fortuneteller who has been preying on the good citizens of Edo against a masterless samurai who founded a school for underprivileged children in a poor neighbor-hood. Into the mix comes a young woman running away from a forced marriage dis-guised as a teenage boy and becomes a student of the beloved Sensei, while he staves off the advances of a skilled pickpocket and prepares for a violent showdown against adirect retainer of the Shogun!