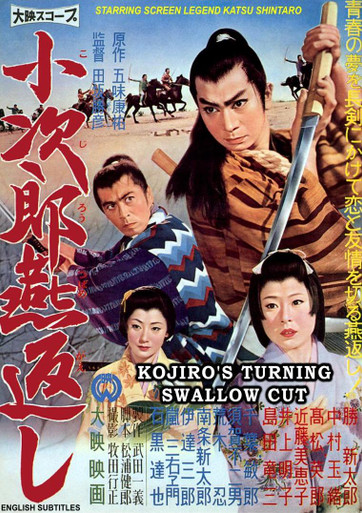 Katsu Shintaro puts in a masterful performance as the great Sasaki Kojiro, one of Japan's most renowned swordsmen in this tale about young Kojiro's early training in the martial arts. Co-starring Katsu's future wife, actress Nakamura Tamao, they cover a tragic, yet violent story of a love that was never to be, while honor and swordsmanship were held to the highest level. See how Kojiro found his way to becoming one of Japan's top swordsmen and a bright light in the history of Japan!