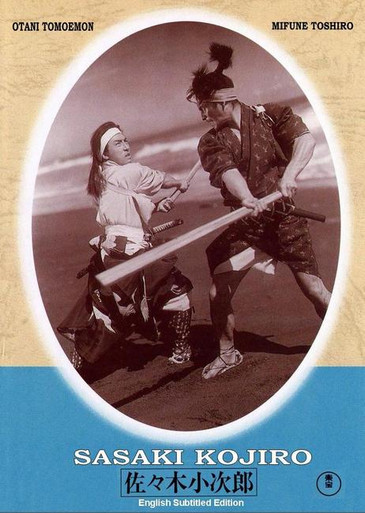 OTANI Tomoemon gives a brilliant performance as Sasaki Kojiro, who rises from humble beginnings to national fame and a young MIFUNE Toshiro appears as the legendary master swordsman Miyamoto Musashi for the first time and essentially sets the standard for future portrayals. This masterpiece is based on the original story as written by noted author MURAKAMI Genzo and is far superior to any other versions. Following Kojiro from his earliest days through his fateful meeting with Musashi,  this movie is filled with exciting and dramatic moments culminating in the best version of the final duel ever seen on film.  A major motion picture!