TRAGEDY OF THE COOLIE SAMURAI 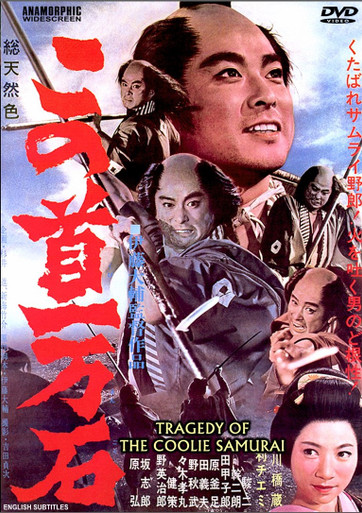 TRAGEDY OF THE COOLIE SAMURAI

TRAGEDY OF A COOLIE SAMURAI

Gonza was a handsome young laborer, a footman and spear-carrier, working hard for his meager wage. All Gonza wanted was to marry his young sweetheart, but despite their mutual poverty, her status as the daughter of a samurai blocked their path to happiness. A chance opportunity to achieve samurai status would come one day, but Gonza will regret trusting the so-called honorable samurai who extended this fateful offer, and the terrible price he'd pay, fighting for his life in one of the most blood-spattered samurai battles ever filmed.