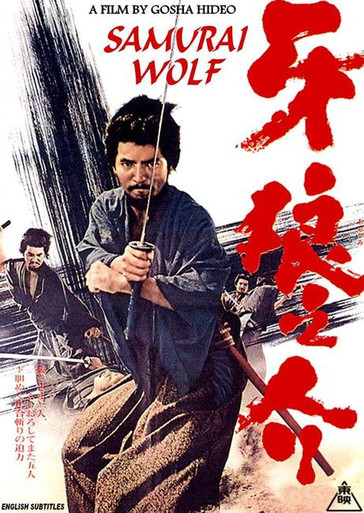 SAMURAI WOLF, the lost masterpiece from one of Japan's greatest directors has finally come to  DVD. This black and white classic was the fourth film directed by Gosha, and has some of the most exciting action scenes ever shot. Natsuyagi Isao plays Kiba Okaminosuke (which means 'Fangs of the Wolf'), a powerful swordsman for hire. His job is to protect a blind lady boss from the evil Nizaemon, a man with no conscience who has hired his own master swordsman played by Uchida Ryohei (THE SHADOW HUNTERS), the only man skilled enough to kill the Wolf.