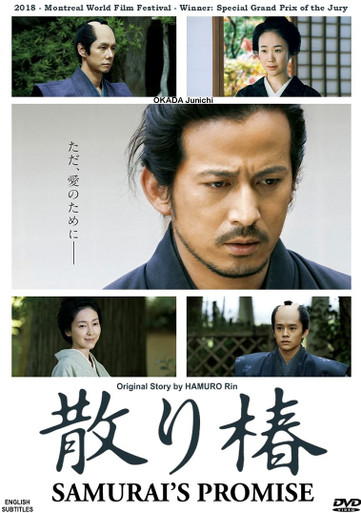 and FUJI Junko as Shigeno

2019 – Awards of the Japanese Academy: 6 Nominations. Winner: Newcomer of the Year

With a similar feel to the works of Fujisawa Shuhei, this adapation of Hamuro Rin’s novel is a brilliant work of motion picture artistry. Having left the clan 8 years earlier after being accused of a murder he did not commit, top swordsman Uryu Shinbei returns to fulfill a promise to his late wife. The clan is in disarray as the young lord is about to take control, while some of his vassals plot against him. Constantly in danger from attacks that wish to silence him, Shinbei’s prowess with the sword in unmatched. Hired as bodyguard to the man with the secret that would unlock the mystery of the heinous murder, Shinbei must fight his greatest battle. The ultimate in samurai drama with expert swordplay makes this award-winning movie stand out among recent Japanese films.

Read a long interview with the director/cinematographer about the story, the movie, the cast, and his relationship with legendary filmmaker Kurosawa Akira: