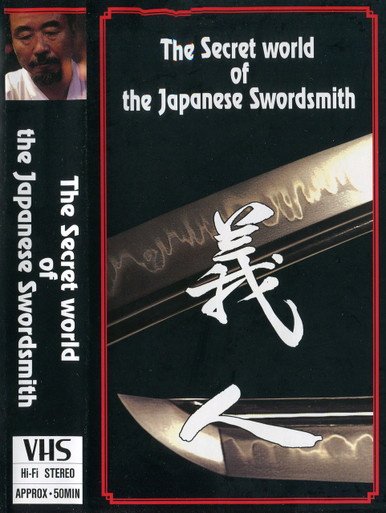 SPECIAL CLOSE OUT SALE AT A 33% DISCOUNT!

Yoshindo Yoshihara was born in Tokyo on February 21, 1943 and first started making Japanese swords in 1965 after learning his art working as an apprentice swordsmith.

Since that time he has won awards at 13 consecutive Shinsaku Meito exhibitions where the finest new swords are judged annually in Japan.

His awards have included the prestigious Prince Takamatsunomiya Prize, the Japan Agency for Cultural Affairs Director's Prize, and the Kanzan Prize (named after the late Proressor Kanzan Sato, one of the foremost authorities on Japanese swords.

Since 1982, when Yoshindo Yoshihara was formally recognized as a master craftsman in Japan, his works have been categorized as Mukansa (beyond judgement).

He has held numerous private exhibitions and has been commissioned to produce Japanese swords for a variety of major institutions, including the famous Ise Shrine in Japan and the National Museum of History in Tokyo.

For many years, he has also been traveling overseas to promote a wider understanding of traditional Japanese art swords.