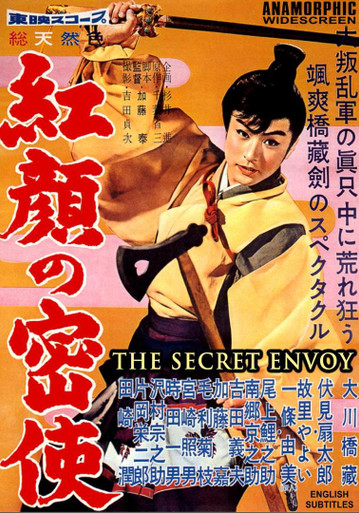 Over 1,000 years ago, Mt. Fuji violently erupted, sending fiery fumes into the heavens and signaling a revolt in Mutsu, led by General Akudo-o and his right arm, Dewa Akawashi, who had rounded up discontented ainu and aimless warriors from the asian continent numbering 150,000. Like a dark cloud in the summer sky they swept over Mutsu in no time, overran Dewa, and invaded the Kanto provinces. The raging rebel army divided the nation in two and set sight on the capital. It was just as the Imperial Court had relocated to the new capital of Heian-kyo in Yamashiro Province and set out to build a new nation of peace. Having to hold Hizawa Castle for two months until the Imperial army can disperse the rebels falls to a young samurai named Oda Takemaro who has devised a strategy that may be able to save the nation.

for this product here...