THE RETREAT FROM KISKA 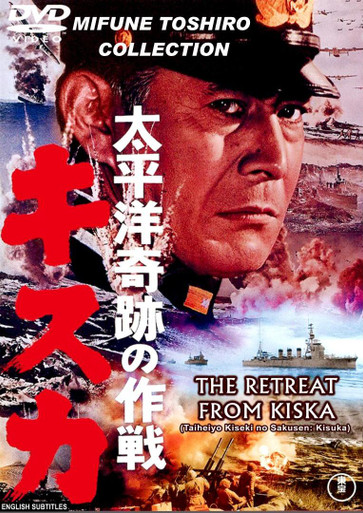 THE RETREAT FROM KISKA

THE RETREAT FROM KISKA (Taiheiyo Kiseki no Sakusen: Kisuka)

Literally the Miraculous Military Operation in the Pacific Ocean, this historically accurate film tells the story of Japan’s naval attempt to evacuate the garrison on the island of Kiska in the Aleutians. Taken by the Japanese as a decoy while the main force was headed by Midway Island. After their stunning defeat in the Battle of Midway, the high command watched as island after island was being regained by American forces while the defenders suffered 100% casualties. As the troops stationed on Kiska steeled themselves for the same fate, they were surprised to learn that a task force had been deployed to try and rescue them. There was a special screening of this film for Kiska survivors. A cheer went up in the audience as they remarked on how closely the lead actor resembled the officer sent to save them.