The Newest from Ichiban GENJURO'S DEADLY SWORD - THE RETURN OF SHINIGAMI 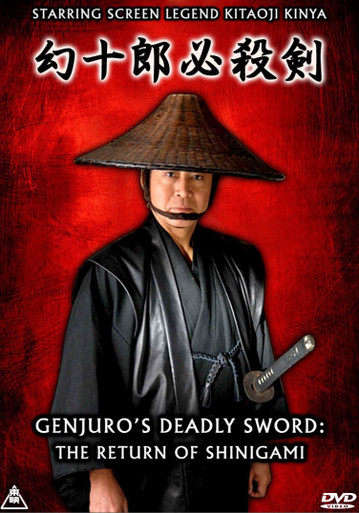 The Newest from Ichiban GENJURO'S DEADLY SWORD - THE RETURN OF SHINIGAMI

Genjuro’s crime: assassination. His punishment: survive a faked execution and lose his home, lose his identity and emerge as Maboroshi Shinigami, the Phantom Assassin. With his wife kidnapped and tortured to reveal his whereabouts and dragged to the executioner for crucifixion by corrupt clan officials, Genjuro will face an army of swords to save her. These evil men want to frame Genjuro for another murder. For their scheme they need only one thing, Genjuro’s dead body. Genjuro will have to cut down their swordsmen and challenge Sarashina Gunpei, deadliest blade in Japan in a final blood-soaked battle.