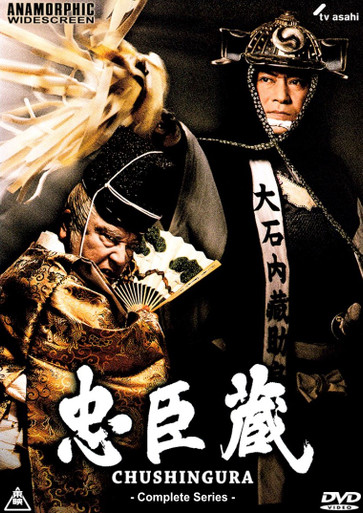 Chushingura is actually better known as the tale of the Forty-Seven Ronin. It’s a prototypical Japanese story. Described by one noted Japan scholar as the country's "national legend," it recounts the most famous case involving the samurai code of honor, bushido, and vividly ex-presses a significant part of the traditional Japanese world-view. The story tells of a group of samurai who were left leaderless (became ronin) after their master, Lord Asano was forced to commit ritual suicide for assaulting a court official, Lord Kira, who earlier insulted him. Oishi Kuranosuke leads the ronin in an effort to seek revenge for their beloved lord's wrongful death. This box contains all 9 episodes, digitally remastered in the 16:9 Widescreen format.