The Newest from Ichiban A SCARRED LIFE 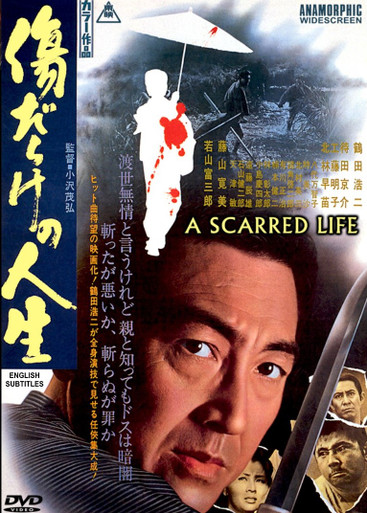 The Newest from Ichiban A SCARRED LIFE

A SCARRED LIFE (Kizudarake no Jinsei))

Set in Osaka, during the devastated time of post-war Japan, this is a tale of the yakuza who set about rebuilding after the death of their Oyabun (big boss). Battles erupt as tempers explode as someone seeks to fill the seat of power. One of the best movies of this type, it brings raw emotion to the screen as it builds toward its bloody climax! Tsuruta Koji and Wakayama Tomisaburo pair up to make this a film that is not to be missed! honor and valor soon finds himself involved in the feud which will only end in a brutal showdown