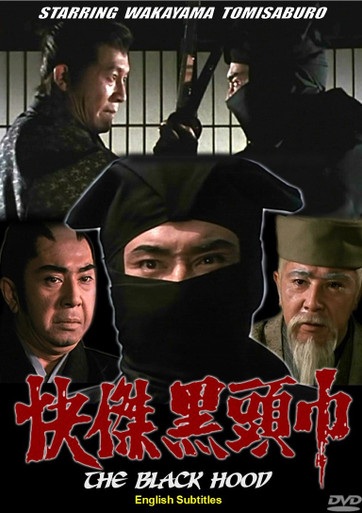 Samurai films featuring this hero date back to before the Second World War. He is a champion for justice and an extraordinary swordsman called "Kurozukin" (Black Hood). This made for television movie starring the great Wakayama Tomisaburo is superb entertainment. On his favorite horse "Hakuhatsu" (White Hair), our dashing hero contends with upheavals during the final days of the Tokugawa Shogunate. "Black Hood" uses his tremendous sword skills to defeat the evils of corrupt officials and those who would torment the townspeople. Wakayama Tomisaburo plays 3 separate roles to hide his secret identity as he cuts down brutal enemies, one after another.