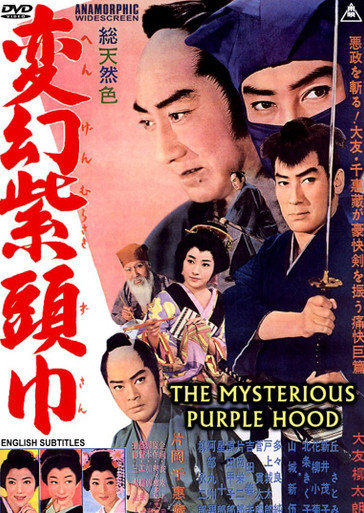 IN STOCK,, READY FOR IMMEDIATE SHIPPING!

In the spring of 1784, a living gift from Kobori Masakata, the Fushimi Magistrate, arrived at an Edo mansion. A woman had been abducted and sent to the mansion with the threat of death to her parents, who were being held in Kyoto’s Rokkaku jail. With their lives in her hands she is ordered to “do her duty” with the evil Senior Councillor Tanuma Okitsugu. This corrupt official held unequalled power over Shogun Ieharu.  He privatized politics and handed out positions according to the amount he received in bribes. It would take the man in a mysterious purple hood to try and save her and help the townspeople of Edo.