The Newest From Ichiban_THE PURPLE HOOD 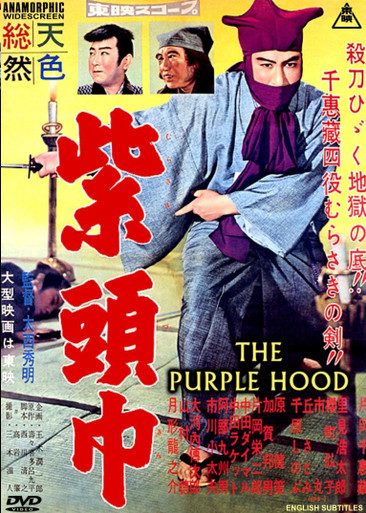 The Newest From Ichiban_THE PURPLE HOOD

Kataoka Chiezo stars as Purple Hood, a mysterious hero of the people who helps those in need. Now under the rule of the evil Tanuma, the people look to Purple Hood more than ever, to confront and punish those who bring misfortune upon the commoners. Struggling famers and townspeople embrace Purple Hood, the champion of the downtrodden as he puts his life on the line for justice. Meanwhile, another mysterious stranger, the artist Hidemaro, has come to Edo and risen up to the highest levels of the Tokugawa hierarchy as they all pursue the woman known as Osen, whose beauty was the stuff of legend. Powerful and exciting, the Purple Hood cuts his way to the very top of Edo’s hierarchy in a way that no one else could even dream of.