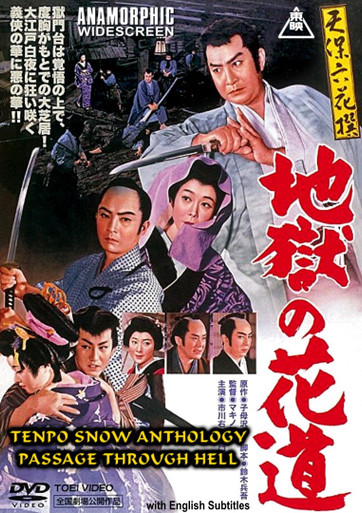 Taken from the famous Kabuki play, this all-star epic from Toei Studio tells the story of Kochiyama Soshun, the monk who is both tea master to the shogun, and a known racketeer who claims to be the scum of the earth.  Even so, he befriends a samurai who seeks vengeance for the death of his father, all the while, cooking up new money making schemes that reach to the top of the Tokugawa shogunate..  Surprises abound in this thirlling tale taken from the stage to the screen in one of the best films ever from Toei Studio!