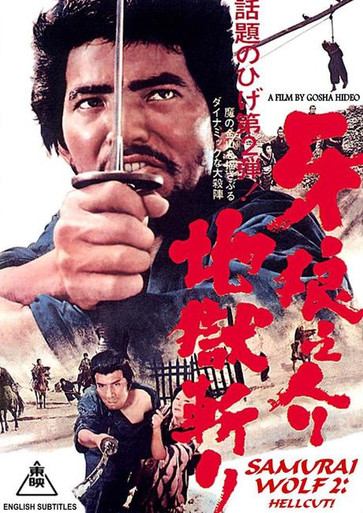 One of the best, most exciting characters is back for more as Kiba Okaminosuke (Fangs of the Wolf) finds himself involved with a group of prisoners being transported to their executions, a crazy woman, and danger at every turn. A fantastic sequel in that all the elements which made the first one so good are there, but no-thing is ever obvious. Terrific action, as always in a Gosha film, combined with a clever story and awesome performances from Natsuyagi Isao and Nishimura Ko, make this one of the best films to have ever been made by one of the greatest of all masters.