New From Ichiban - A SAMURAI'S SORROW 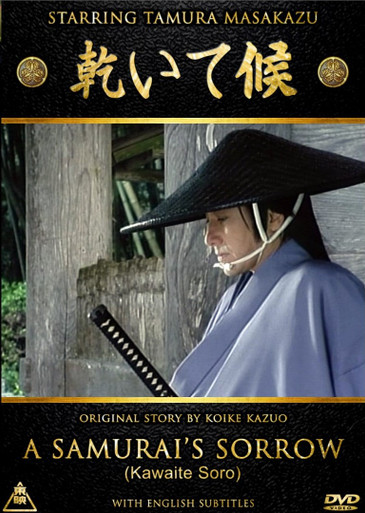 New From Ichiban - A SAMURAI'S SORROW

A rare grouping of the three Tamura brothers, Masakazu, Takahiro, and Ryu highlight this exciting tale of a series of attempts on the life of Shogun Yoshimune. The Owari have longed for the post of shogun, and are willing to do anything, including murder, in order to achieve their goal. Directed by master filmmaker Inoue Akira, this action packed movie, based on a manga by Koike Kazuo who created the Baby Cart (Lone Wolf) series, is loaded with splendid swordplay and an intelligent story line. It all starts when poison is discovered in the shogun’s food. Can the brilliant swordsman Mondo (Tamura Masakazu) manage to save Japan’s leader from certain death?!