LORELEI - THE WITCH OF THE PACIFIC OCEAN 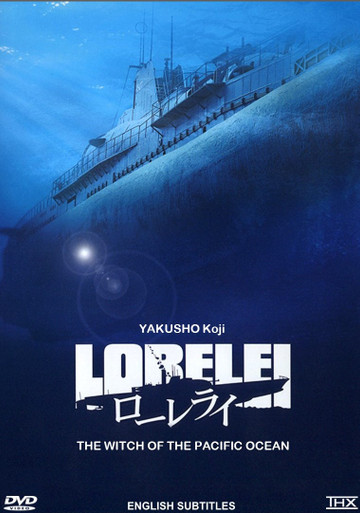 LORELEI - THE WITCH OF THE PACIFIC OCEAN

LORELEI - THE WITCH OF THE PACIFIC OCEAN (Lorelei)

From the novel by: FUKUI Harutoshi

From the brilliant novel “Shuusen no Lorelei” comes one of the most exciting and thought-provoking World War II movies ever made. As the Second World War is nearing its ultimate conclusion two opposing factions fight it out to find a way to end the horrific bloodshed, while still maintaining Japan’s honor. After Atomic Bombs disintegrated the cities of Hiroshima and Nagasaki, the US is readying the third nuclear bomb with Tokyo as the target. Sent on a secret mission to intercept and stop the bomb, a new experimental submarine given to Japan by Nazi Germany is the only hope to prevent the annihilation of Japan’s capital. Commander of the vessel is Masami Shinichi (Yakusho Koji), a staunch opponent of suicide warfare… Sent on a suicide mission that will determine the fate of the world!