ATTACK SQUADRON-WINGS OVER THE PACIFIC 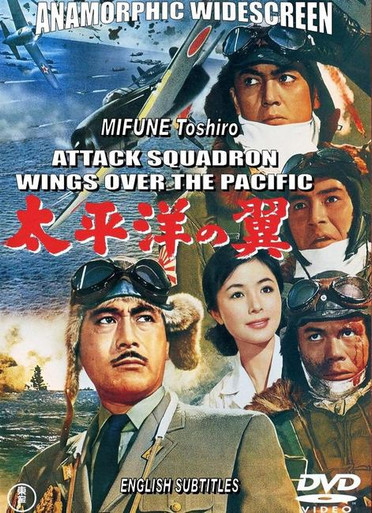 ATTACK SQUADRON-WINGS OVER THE PACIFIC

STORY OF THE 343 KOKUTAI - SQUADRON OF EXPERTS - Includes special bonus feature "The Kawanishi Shiden-Kai" about the one Violet Lightning that still exists in Japan. Housed in its own museum, this plane was state of the art at the time.

Near the end of the Pacific War, as the Empire of Japan faces destruction, one man steps forward with a novel idea of how to take back air supremacy from the Allied Forces by using his “Squadron of Experts” to engage in aerial dogfights going totally against the concept of suicide attacks that was being undertaken as a last-ditch effort to win the war. Genda Minoru (in the movie he is called Senda Minoru) was an ace pilot and was the actual planner of the successful attack on Pearl Harbor as an aide to Admiral Yamamoto Isoroku