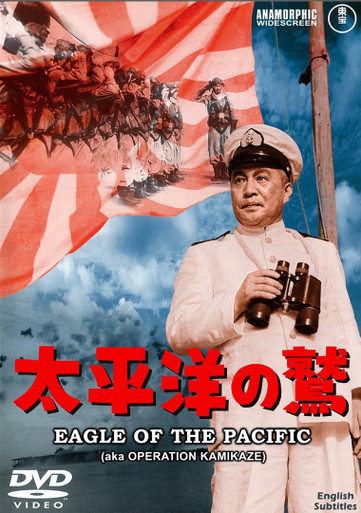 Made just 8 years after the surrender of Japan in World War II, Eagle of the Pacific (aka Taiheiyo no washi) (1953) is a dramatization of the life of Commander of the Imperial Navy, Admiral Yamamoto. It is essentially told in 3 parts beginning with Yamamoto's opposition to Japan's entry into the Tripartite Pact with Germany and Italy due to his belief that this would ultimately lead to a war with the US that Japan could logistically never win. Once war is inevitable he goes all in for the cause and the next portion is the attack on Pearl Harbor, followed finally by the story of the rout at Midway and the road to the end of the line...