LIVING FOR THE SWORD 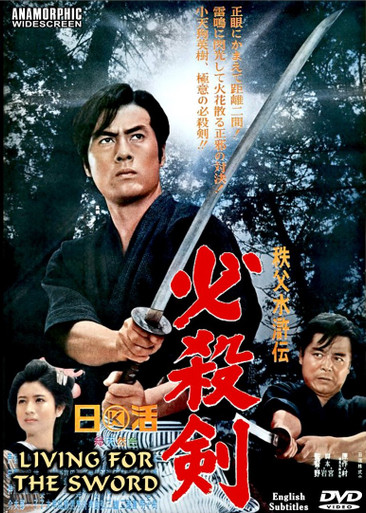 LIVING FOR THE SWORD

SPECIAL SALE AT A 33% DISCOUNT!

Takahashi Hideki stars as Saotome Gengo, a young fencer living in rural Chichibu during the time of major upheaval in the Empire of Japan.  In 1884, some seventeen years after the beginning of the Meiji Restoration conflict arises between two fencing dojos, the Ono Itto-ryu and Kogen Itto-ryu for supremacy in swordsmanship.  At the same time the nation is in the grip of massive inflation that drives a number of peasant uprisings.  While “Devil” Okada of the Kogen dojo joins with the rebels and becomes a bloodthirsty killer, young Gengo of the Ono dojo trains hard for the inevitable match that he must have against the more experienced Okada.  Can he overcome this master killing machine and take revenge for the death of his mentor, a man who believed in helping the masses.  Truly outstanding swordplay highlights this exciting action film from start to stunning conclusion!