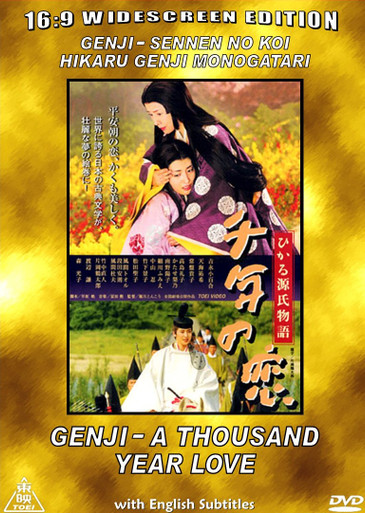 One thousand years ago in the Heian, Murasaki Shikibu wrote the "Tales OfGenji". Containing many characters and descriptions, the complicated story had not been adapted to the big screen in a satisfactory manner. until now.This is Toei's big-budget remake of the classic story "Genji Monogatari"(Tales Of Genji), the world's first novel, and a fascinating story about the life and loves of a wealthy playboy, Genji, and the numerous women in his life.

Hikaru Genji was married at the age of twelve to a girl four years olderthan him. He fell in love with his father's wife and endedup having achild with her. Genji later had affairs with manyprincesses.Japan's nobles had more wives than the four seen in the Islamic custom. Daughters of high-ranking nobles became the wives of nobles, while those of lower-ranks became mistresses.

This movie is more than a simple story come to life. It is a major work of art, and has some of the most spectacular cinematography ever created. A beautiful world of incense and imagination,romance and betrayal. A true work of art, and a worthy depiction of the world's first novel, this is a film not to be missed.