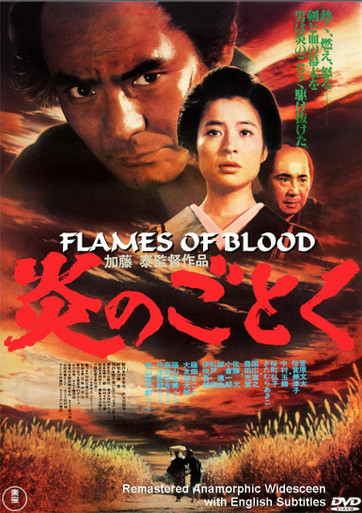 Written and Directed by: KATO Tai

The final theatrical film and masterpiece of noted director Kato Tai tells the story of Senkichi, a roving swordsman during the ”Era of the Shogun's Downfall.” Starring Sugawara Bunta in his finest performance with strong support from mega-stars Tanba Tetsuro and Wakayama Tomisaburo. This amazing movie follows Senkichi as he meets many of the familiar names of that period including Tosa's Okada Izo and Takechi Hanpeita and the Shinsengumi's Kondo Isami. Brilliantly depicted with extremely graphic swordplay, it is one of the unknown classics of Japanese cinema. Powerful beyond compare, this is a true masterpiece!