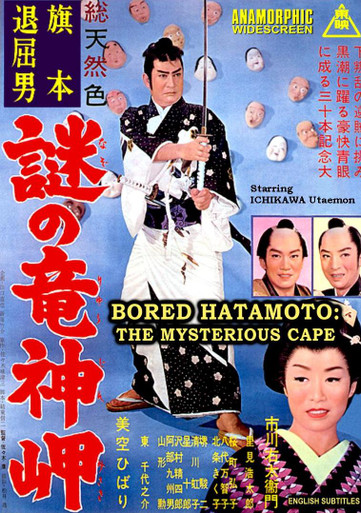 SPECIAL SALE WITH A 20% DISCOUNT!

Ryujin Misaki (Cape Dragon), located at the edge of the Genkai Sea, is known as an isolation ward for leprosy patients. When Saotome Mondonosuke, a master swordsman and 'Hatamoto' (direct retainer of the shogun), hears news of a doctor gone missing, he begins to suspect that things are not what they seem at Ryujin Misaki. Intent on discovering the truth, Saotome launches a private investigation. Known as "The Bored Hatamoto", Saotome Mondonosuke was the subject of 30 movies (1930-1963), this is the very last one of those.